THE BUILDING AND ITS SPACES

Individual building spaces and their features are described on the following pages.

The historic Knight Library was built during the tenure of Matthew Hale Douglass as head of the University of Oregon Libraries from 1908 to 1942, a period of enormous development in collections, services, and facilities.  Douglass was born in Osage, Iowa, on September 16, 1874.  He received a B. A. (1895) and M. A. (1898) from Grinnell College and served as librarian of Grinnell College from 1899-1908.  Following his appointment at Grinnell College, Douglass was appointed librarian of the UO Libraries and began service in October 1908, a year after the opening of the university's first library building, now Fenton Hall.  Douglass's wife, Minnie Griswold Douglass, a graduate of Oberlin College, was appointed as a faculty member in music.

Matthew Hale Douglass died in Santa Barbara, California, on October 3, 1945.  He and his wife are buried in Mount Crest Abbey Mausoleum in Salem, Oregon, which was designed by Ellis F. Lawrence in 1914. The University of Oregon's Douglass Hall, a unit of the Walton Complex residential facility, is named for him. 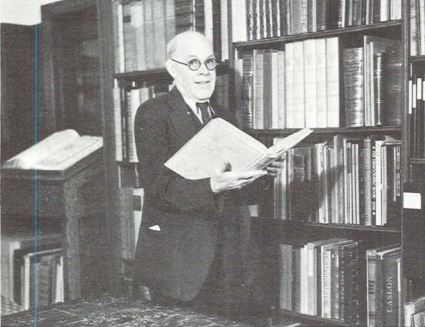