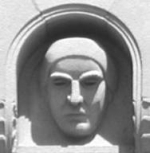 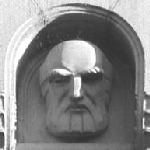 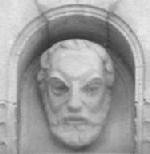 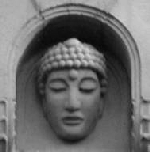 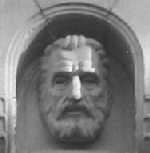 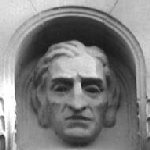 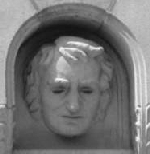 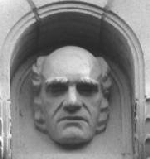 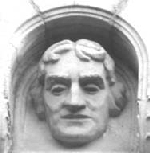 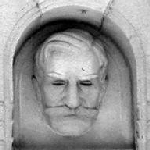 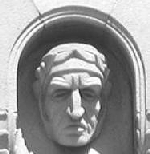 Edna Dunberg was hired in 1935 with WPA funding to provide decorative elements for the new library, and she was assigned to the project to create the heads for the frieze planned for the library’s façade. Dunberg had already worked on campus art projects with funding from the Public Works of Art Project.

Dunberg began to experience severe back pains in February 1936 and was eventually diagnosed with a degenerative spinal disease. She was only 24 years old when she died on July 21,1936.  Louise Utter Pritchard, another WPA artist who had assisted Dunberg, completed work on the heads. The heads were selected by the library committee. They were sculpted in clay and plaster and sent to Portland to be cast into a crushed stone medium by Ernest Thomas Cast Stone Company. 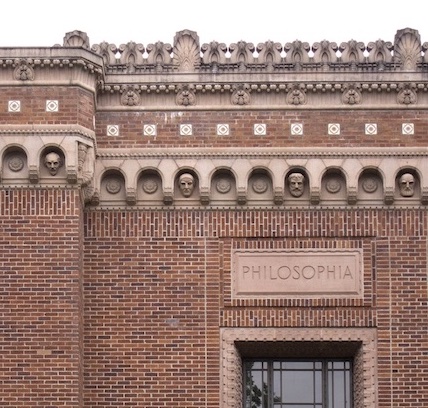 Gabriel, Bob. "Faces on the Wall; From the '30s: The Tragic Tale of UO Student Edna Dunberg, Who Sculpted the Faces Shown Here." 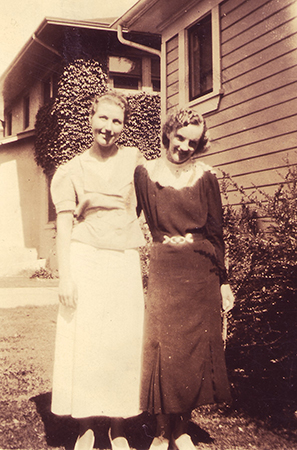