Lydia Herrick Hodge was founder and executive secretary of the Oregon Ceramic Studio where the ceramic bowl in the Browsing Room was created. 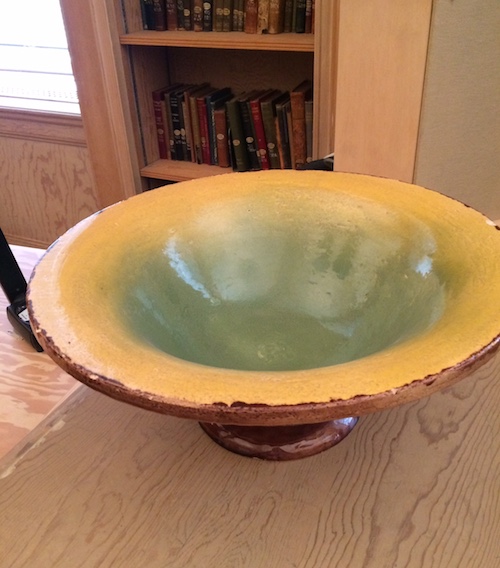 Lydia Herrick Hodge was born on August 7, 1886, in Valparaiso, Indiana. She came to Oregon in 1922 when her husband, renowned geologist Edwin T. Hodge, accepted appointment at the University of Oregon. In 1927 she obtained a degree in art from the University of Oregon.  In 1935, Hodge brought together UO alumni to establish an Art League and soon followed the creation of the Oregon Ceramic Studio in 1937. Built with WPA funding to provide support for in the Depression, the volunteer-run studio site offered a place for exhibits, art sales, educational programs. Nationally recognized as a major craft center, the studio also provided the largest kiln on the West Coast. Lydia Hodge died on September 17, 1960, in Portland.