The artist Martina Gangle Curl was a 'self-described sister' of the Runquist brothers and shared their political beliefs. An activist throughout her life, Gangle often used her art to portray social injustices which she experienced first-hand as a migrant laborer in the orchards and shipyards. Learn more about Gangle in the Oregon Encyclopedia and the website, Martina Gangle Curl (1906-1994): Peoples Art and the Mothering of Humanity.

The Harry F. Wentz cottage at Neahkahnie where the Runquists lived for several years is on the National Register of Historic Places. Designed by A. E. Doyle and Wentz, the 1916 cottage/studio is regarded as the prototype for the Northwest style of architecture developed in Oregon in the 1930s and later. 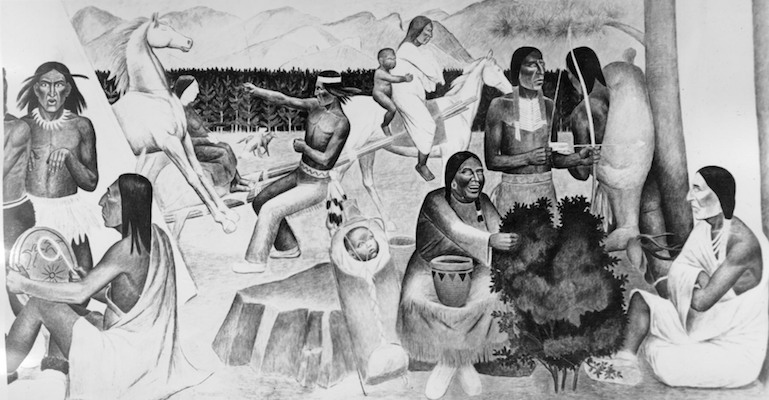 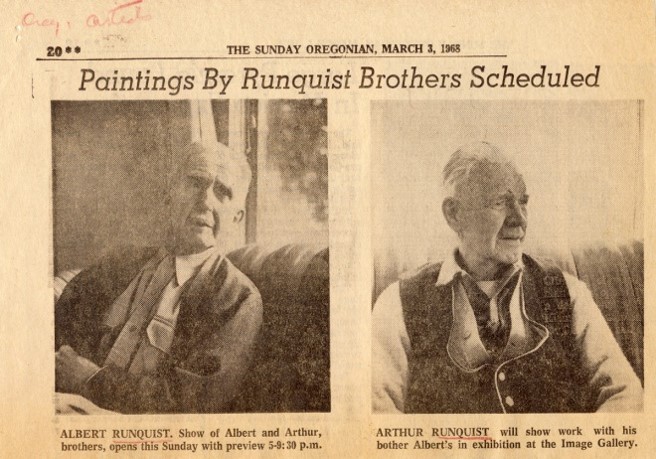 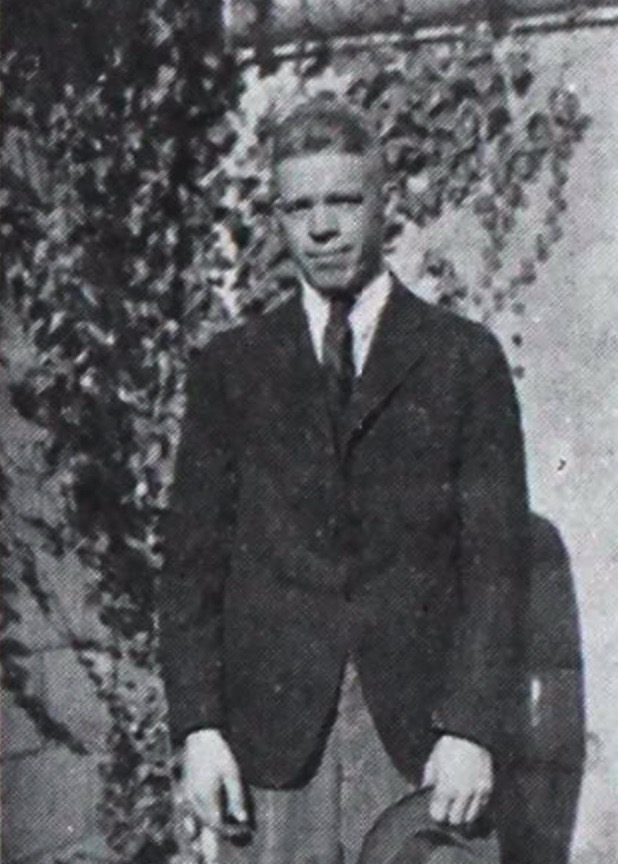 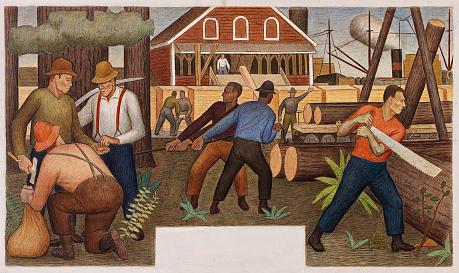 The brothers Arthur and Albert Runquist were basically partners in life who shared studio space, occasionally collaborated in creating art, and with few exceptions lived together throughout their lives. Their parents, John and Hendricka Runquist, emigrated to the United States from Sweden in 1882 and first settled in the Midwest before moving to Washington.  Arthur Runquist was born on October 27, 1891, in South Bend, Washington. Albert was born on October 25, 1894, Aberdeen, Washington. In 1910, John and Hendricka and their five children moved to Portland, Oregon, after living elsewhere in Oregon.

Arthur graduated from Washington High School, Portland, in 1912, and attended the University of Oregon where he received a BS in art in 1919.  He and classmate Brownell Frasier were the art editors of the 1919 Oregana. His younger brother Albert also attended UO during this time. In 1921, Albert received a BA from the School of Education, while Arthur was an instructor in Fine Arts at the UO, assisting Professor Alfred Schroff.  Arthur held his UO instructor post Arthur for two years. The brothers found employment in Portland in the 1920s; Arthur worked in art-related jobs while Albert taught at Grant High School and other schools where he was also a football coach.  Both Runquists were star athletes in high school and college.

According to the 1929 city directory, the Runquist brothers were living in Seattle where both were artists. In 1930, both attended the Art Students League in New York and shared an address in Brooklyn. During the early 1930s, the Runquists began a long close relationship with Henry F. Wentz who headed the school of the Portland Museum of Art. They lived with Wentz for much of their lives in Wentz's home in Portland or in his cottage at Neahkahnie on the Oregon Coast. In 1934, Arthur was employed by the Pubic Works of Art Project, a relief program which preceded the WPA Federal Arts Program which employed him the following year.  In 1935, Albert and Arthur shared a studio which they called “The Roost,”  in the Worcester Building in Portland.  They were reportedly commissioned to create a mural for the new Veterans’ Hospital in Portland with the Lewis and Clark expedition as the theme, but this project was not assigned to them. According to an Old Oregon article, they were at work in February 1936 on murals for the new library building in Eugene.  One mural was finished by November 1936, according to correspondence in the Burt Brown Barker archives.  Both works were created in their Portland studio and installed in the library in Eugene with the assistance of the building contractors, Ross Hammond Co., in October 1937. Albert and Arthur exhibited at the New York World's Fair in 1939, and Arthur had work on display at the Golden Gate International Exposition in 1939.

With the assistance of Martina Gangle, Arthur and Albert worked on murals in 1939-40 depicting Native American life, entitled Early Oregon, for Pendleton High School. Gangle and the Runquists brothers were actively involved in the Communist Party at this time. According to Gangle, because of his political affiliation, Arthur was beaten and left with a severe hand injury.  There are varying accounts of this episode, but the Portland Red Squad was suspected as responsible. In 1940, the brothers exhibited at a show sponsored by the American Artists Congress in New York as did their close friend, Martina Gangle.  The AAC was established in 1936 in association with the Communist Pary USA as an opportunity for artists to counter the spread of fascism.

During World War II, the brothers worked in the shipyards in Vancouver, Washington, or Portland. Arthur's paintings of laborers brought attention to his work as social commentary. Albert's work was less figurative.  In 1946, the brothers moved to Wentz's home in Neahkahnie and concentrated their art on Oregon coast themes. In her thesis about Arthur Runquist, Katrina Gilkey observes that these landscapes had a social undercurrent: they were not the typical idyllic representations, but often harsh depictions of the imprint left by nature and humanity. Albert commuted to Portland, where he taught for the Oregon University System distance education programs and the Portland Art Museum school. The Runquists returned to live in Portland in 1963 and often exhibited together.

Arthur died on February 12, 1971.  Albert died later that year, on December 21, 1971.  Their works can be found in museums throughout the Pacific Northwest.

Gilkey, Katrina Lee. Observations of Resilience and Defeat in Arthur Runquist's Paintings of Labor and the Land. Thesis, Reed College, 2004.

Jordan Schnitzer Museum of Art.  Examples of works by the Runquists.

Portland Museum of Art.  Examples of works by the Runquists.