Phyllis Muirden Ryder designed the panels  Diana  and Pan which were executed as wood carvings.  The panels are located in the Browsing Room. 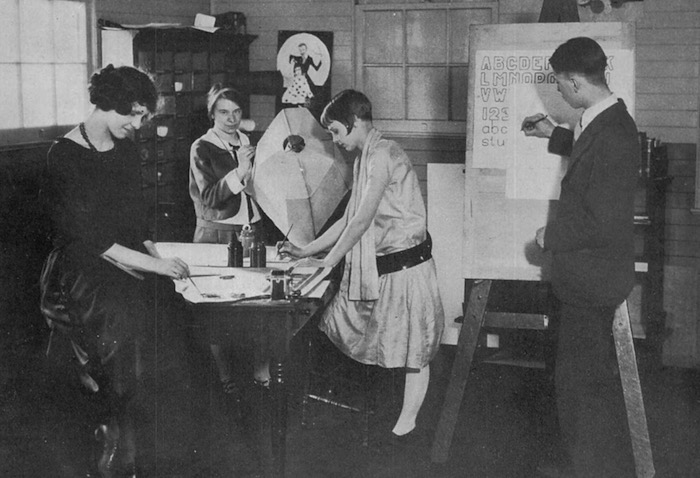 Katharine Phyllis Ryder (nee Muirden) was born on January 26, 1894, in Montrose, Scotland.  A graduate of the Glasgow School of Art, Ryder emigrated to the United States in 1912. For many years, Ryder was the art instructor at Clinton Kelly High School of Commerce (now Cleveland High School) and she also taught at Lincoln High School.  An appreciation to her in The Ledger, the Lincoln High School’s student magazine, states, “Every minute -- every hour -- every day --- we are thankful for many things but, alike, we are all thankful to have with us with Miss Phyllis Muirden, our art instructor."  In her work with students, Ryder promoted the use of music as inspiration, and the 1932 drawing “Bach,” described as illustrative of her work, reflects the angular interpretations of human form that is also evident in the Browsing Room panels.

In 1935, Ryder was accepted into the University of Oregon's special summer session funded by the Carnegie Foundation for the instruction of teachers in the arts. In 1929, Harvard University and the University of Oregon were selected as the respective east and west U. S. locations for these summer art centers. Funding included scholarships for 15-20 teachers from the western United States selected to attend. Ryder's summer in Eugene might have strengthened her prospects of creating art for the new library being planned.  A visiting instructor at the session, Eugene Gustav Steinhoff (1880-1952), director of the Vienna School of Arts and Crafts, praised Muirden’s colorful finger paintings which appeared in an October 1935 exhibit. Ryder’s earlier work can be seen in the book Pastels and Silhouettes by Mable Holmes Parsons (Boston: Stratford Co., 1921) which includes two illustrations by by her. References to much of Ryder's art use her maiden name 'Muirden'; it was on March 8, 1941, that Phyllis Muirden married Thomas Frederick Ryder (1896-1963).

On May 6, 1956, the Oregonian reported that Ryder, the "outspoken little art teacher," was retiring. Looking back on her career of 43 years, Ryder said "I hate education, but I have loved teaching; the kids are wonderful.  Phyllis Ryder died in Portland on October 25, 1976. 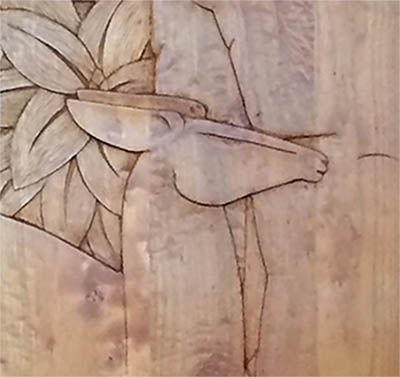 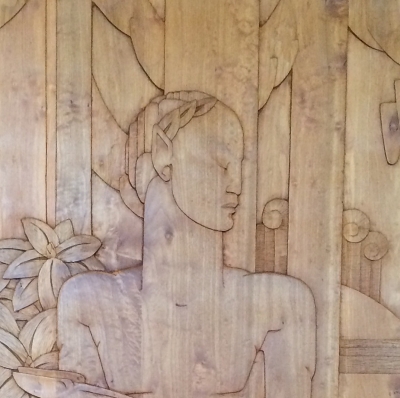