Nellie G. Best created the untitled sculpture described as Kneeling Female Figure which is in the Browsing Room. 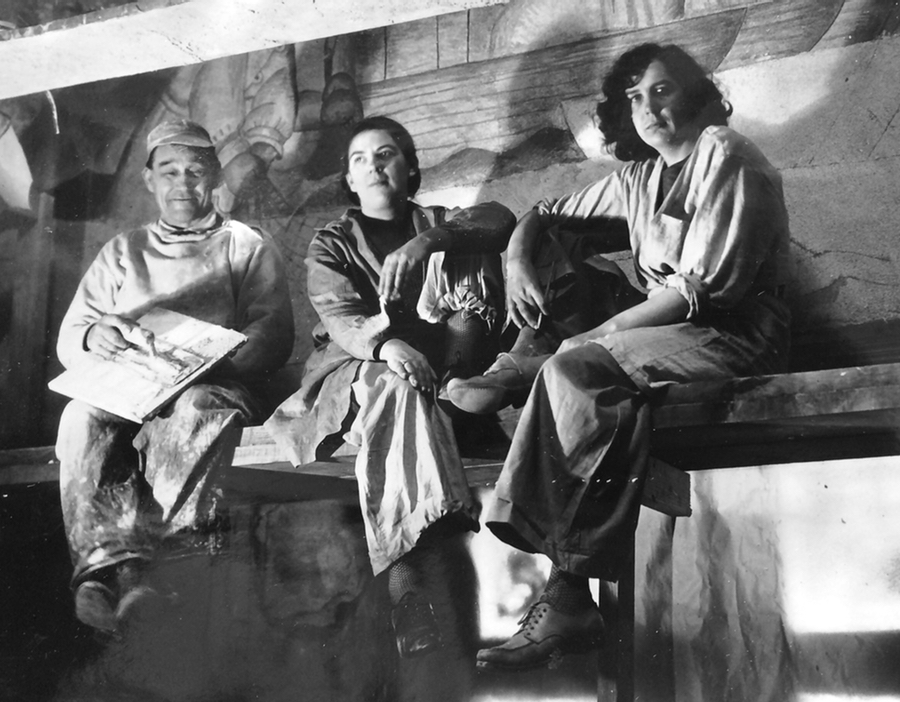 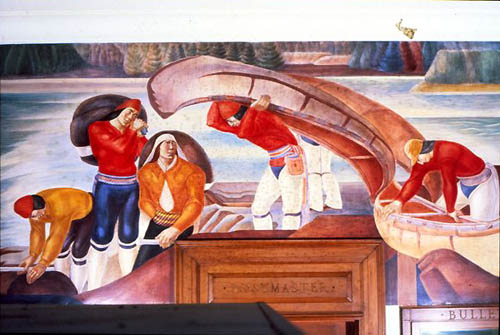 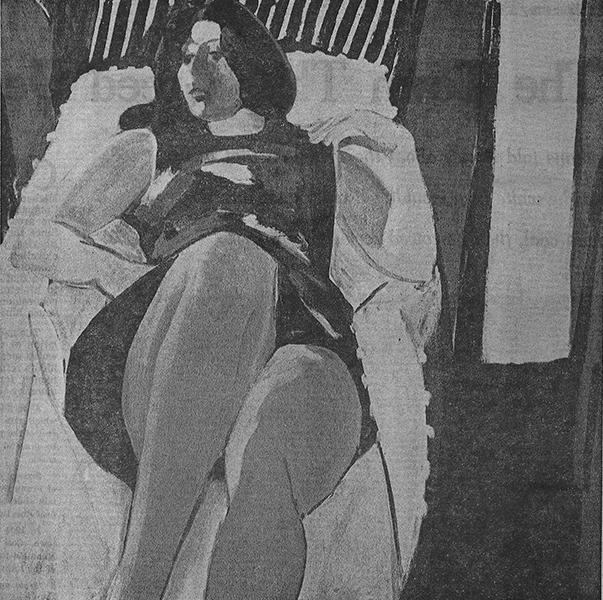 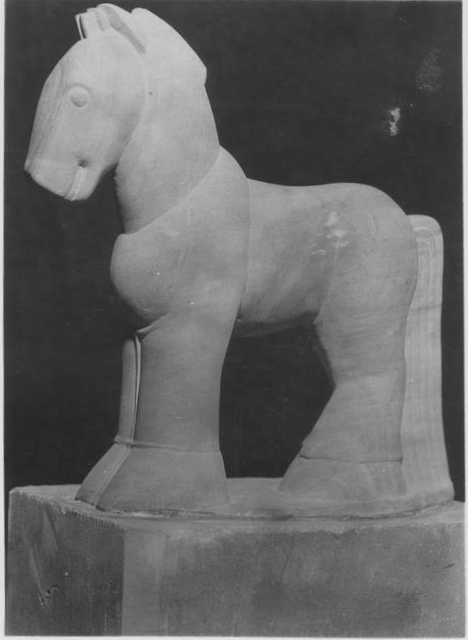 Nellie (or Nell) Geraldine Best was born in Sterling, Washington, on May 22, 1905.  She attended the University of Oregon, where she received a BA in Fine Arts (1929) and an MFA in Painting (1930). After graduation, she taught school in Portland. She returned to the University of Oregon in the mid-1930s as an adjunct instructor.   In the 1930s she moved to Minnesota as did her former classmate and college roommate, Lucia Wiley, who became well known as a muralist.  Best's work in Minnesota with WPA support was the mural, Early Voyagers at Portage (1940), located in the White Bear Lake post office.  The mural disappeared during the renovation of the post office in the late 1970s or early 1980s.

Best moved to Lynwood, a suburb of Los Angeles, in the late 1930s.  In 1936, she was employed as a ceramic decorator and designer for Pacific Potteries in California and exhibited some of her work at the School of Architecture and Allied Arts Little Gallery in May 1936. Still extant are two murals she created for the Ontario, California, post office: The Dream, which depicted a setting from the Spanish era, and The Reality, which focused on the city founder George Chaffey.  Creation of the murals attracted an audience during their creation between October 1942 and early 1943 including servicemen whom Best discovered were former artists and muralists.

Best exhibited at the Corcoran Gallery of Art (1939), the Los Angeles County Museum of Art (1942), the Cincinnati Art Museum (1952), among other venues.  At some point, she returned to Eugene, Oregon, where she exhibited in local galleries, such as the 12th Street Gallery.  Her later work often featured paintings of female nudes.  Best died in Eugene on June 2, 1990.

Blackstock, Joe, "How the Murals at the Ontario Post Office Got There," Inland Valley Daily Bulletin, December 12, 2016. http://www.dailybulletin.com/arts-and-entertainment/20161212/how-the-murals-at-the-ontario-post-office-got-there