Skip to main content
It looks like you're using Internet Explorer 11 or older. This website works best with modern browsers such as the latest versions of Chrome, Firefox, Safari, and Edge. If you continue with this browser, you may see unexpected results.

Exploring Academic Integrity in Your Research

Citations and bibliographies are the mechanisms through which attribution is accomplished. The format citations take differ according to the discipline (for example, humanities publications frequently use MLA, which social sciences may use APA). Most workplaces that are not scholarship-oriented will also have an in-house style of citation, so understanding and using the mechanism a given community uses for attribution is a life-long skill.

One example you may be familiar with is Wikipedia. Each fact in this encyclopedia should have a corresponding citation, so that others can confirm the accuracy of the information, as well as know where to go to learn more. Below is a snippet of a Wikipedia article on the tapir, alongside the corresponding references from the end of the article. Click the pictures to explore the article yourself! 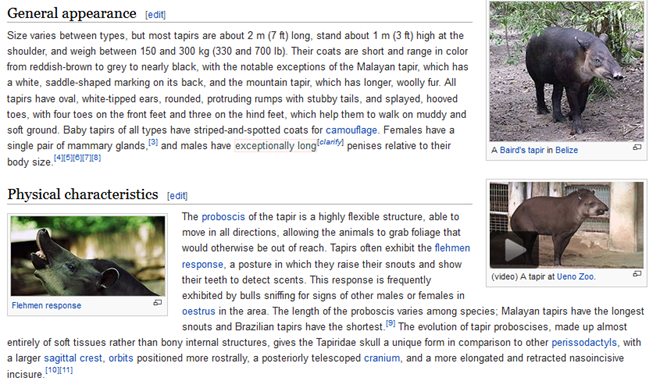 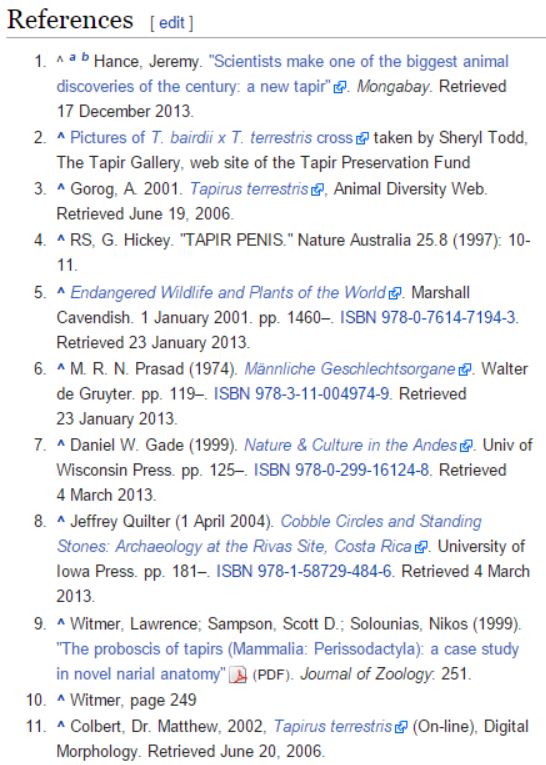 NOTE: Although we've used Wikipedia as an example of citations, remember that most professors do not allow you to cite Wikipedia in your scholarly papers. This is in part because scholarly writing almost never cites background information, which is what Wikipedia provides. Also remember that anyone can edit a Wikipedia article so, while you can refer to an articles' citations, you should verify information found in a Wikipedia article by confirming it in other authoritative (scholarly) sources.

In addition to being a great place to start exploring an unfamiliar topic, Wikipedia is considered a tertiary source. Writers of tertiary sources synthesize information from secondary sources and strive to report them in a tone that is as unbiased and neutral as possible.

Some tertiary sources are cited in academic research and others are not. This practice varies by discipline so contact your instructor or a librarian with questions! 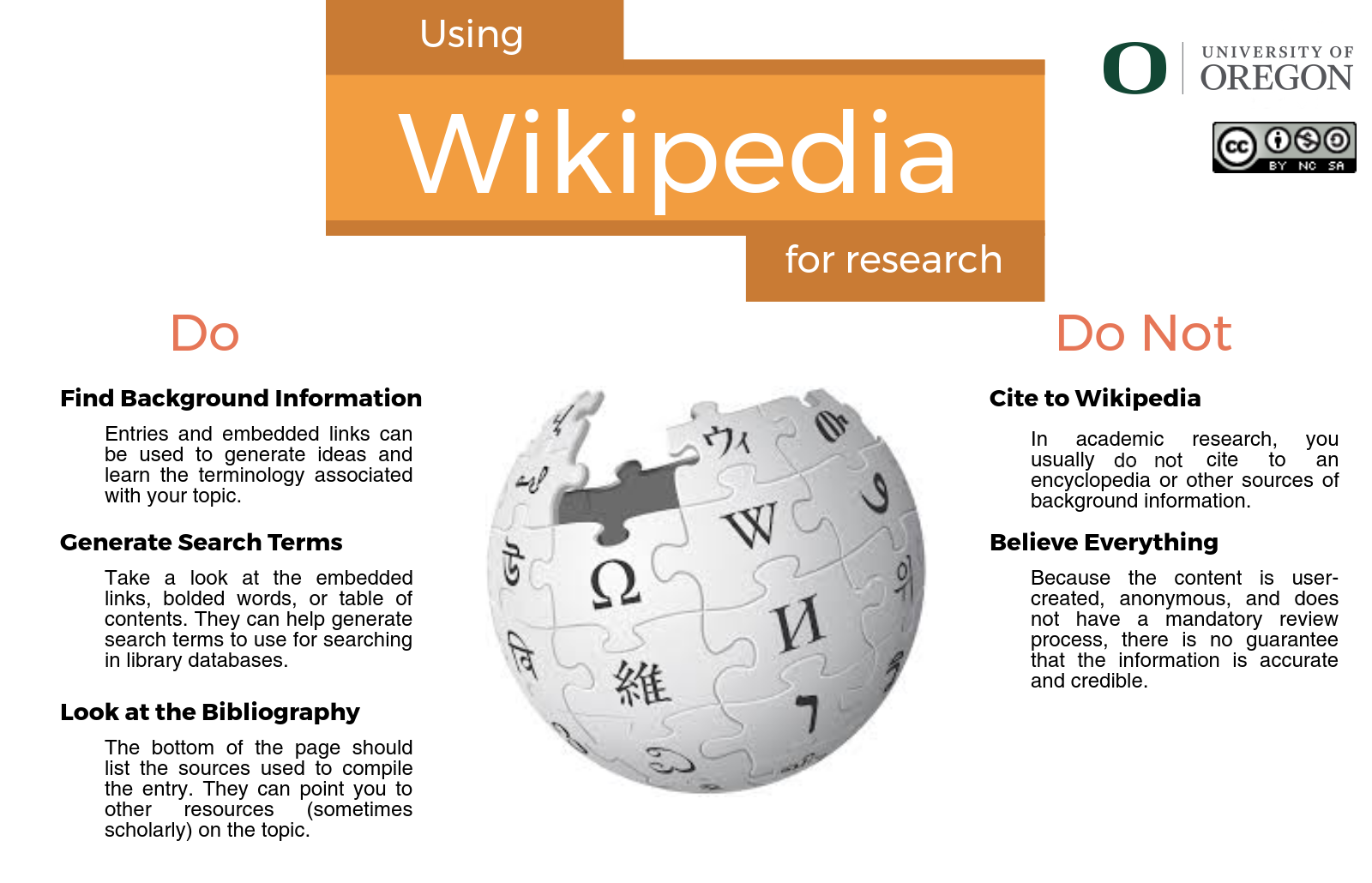 Long description of "Using Wikipedia for Research" for web accessibility

Thanks to IUPUI University Library for allowing reuse of this graphic under a Creative Commons license.