Liberty & Justice For All? The Problem and Some Solutions

"A nation where there are stars for some and stripes for others."

In this Opinion piece, Kimberly Johnson calls attention to a huge problem in American society: Racism is embedded in our criminal justice system and White supremacy makes it hard to root out.

Racism in the US Criminal Justice System

To understand where and how racism shows up in the US Criminal Justice system, begin by watching this short overview video from Bryan Stevenson and the Equal Justice Initiative, "Slavery to Mass Incarceration." Then, check out more information in this guide about mass incarceration in the US and Oregon.

"The Racial History of Criminal Justice in America"

Read this article from Heather Ann Thompson, Department of Afro-American and African Studies at the University of Michigan, to learn more about the racial history of criminal justice in the US.

Why is Reform So Hard?

Listen to this story for an example of racism in just one aspect of the justice system: the jury selection process.

Who is working to reform the justice system?

In the novel, Tracy Beaumont writes to Innocence X, a non-profit organization that helps exonerate innocent people who are incarcerated.

There are several organizations in the US doing work similar to that of Innocence X. Check out the film Just Mercy (link in the box on the right) to learn about Bryan Stevenson and his work at the Equal Justice Initiative. Explore the links below to learn more about this and other organizations dedicated to generating awareness and reforming various aspect of our criminal justice system.

"Mass incarceration has failed. 25 percent of the world's prisoners are locked up here in the U.S. despite our country representing just five percent of the global population. Attempting to address social problems such as poverty, homelessness, and mental illness by incarcerating more people has not worked. We need to take a different approach to crime: one that hasn't shown itself to be discriminatory toward people of color and those living in the margins."

"The Prison Education Program was established in 2016, building on over 10 years of for-credit classes through the Inside-Out Program, a national educational model that brings college students together with incarcerated men and women to study as peers in a seminar behind prison walls..."

How can you get involved?

Mass Incarceration in the US and Oregon

Mass Incarceration: What Is It?

"Mass Incarceration" is shorthand for the following phenomenon: "After decades of stability from the 1920s to the early 1970s, the rate of imprisonment in the United States more than quadrupled during the last four decades. The U.S. penal population of 2.2 million adults is by far the largest in the world. Just under one-quarter of the world's prisoners are held in American prisons. The U.S. rate of incarceration, with nearly 1 out of every 100 adults in prison or jail, is 5 to 10 times higher than the rates in Western Europe and other democracies." - the 2014 NRC report The Growth of Incarceration in the United States:

Read this short essay from Bryan Stevenson, founder of the Equal Justice Initiative, to learn about the changes over time that led to our current situation.

Bruce Western from The Atlantic explains Mass Incarceration through visualizations (Western differentiates between 'prison' and 'jail.' Read about the differences in these terms from Merriam-Webster. According to the Bureau of Justice Statistics, definitions may vary by state).

According to the Prison Policy Initiative, "Oregon has an incarceration rate of 582 per 100,000 people (including prisons, jails, immigration detention, and juvenile justice facilities), meaning that it locks up a higher percentage of its people than many wealthy democracies do." Click the "Oregon Profile" link below for more information. 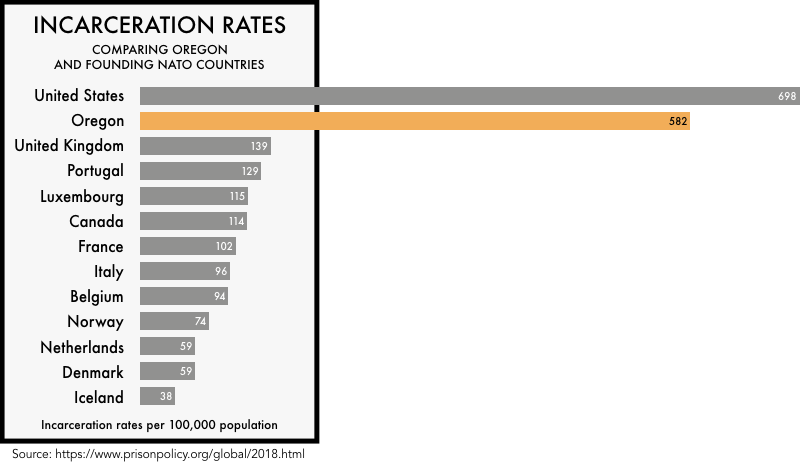 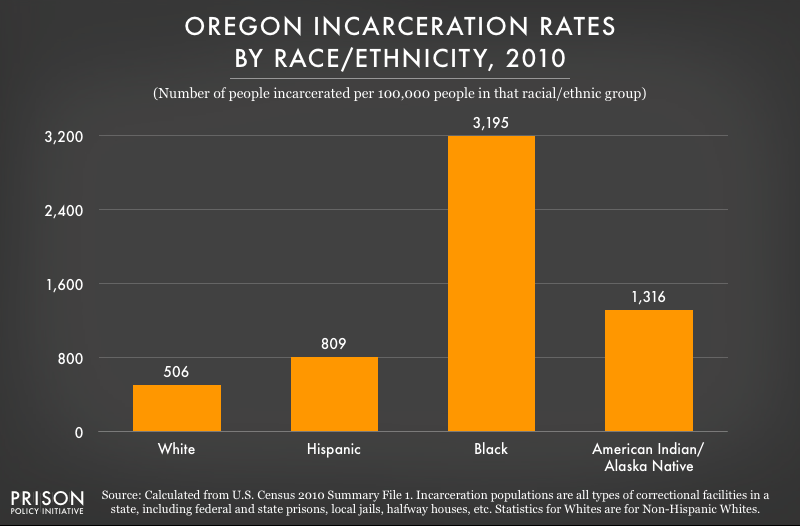 The Thirteenth Amendment of the U.S. abolished slavery except as punishment for crime. This created a loophole after slavery where incarcerated people could be used as an unpaid labor force (Source: "Thirteenth Amendment Certified With Loophole Permitting Slavery As Punishment For Crime").

Explore other primary source documents from the Library of Congress:

After the abolition of slavery, according to The Equal Justice Initiative, "Many Southern states in the late 19th and early 20th centuries passed laws authorizing the 'leasing' of predominantly Black state prisoners, who worked for no pay, in inhumane and deadly conditions, often while serving unjust sentences."

To learn more of this history, check out this book by Douglas A. Blackmon, an American writer and journalist who won a Pulitzer Prize for this work in 2009:

In 2016, the documentary film 13th debuted on Netflix. According to a New York Times review by Manohla Dargis, the film explores the "intersection of race, justice, and mass incarceration in the United States."

"Premised as a historical survey that maps the genetic link between slavery and today’s prison-industrial complex, 13th explodes the 'mythology of black criminality' as The New Yorker’s Jelani Cobb at one point in the film refers to the successive and successful measures undertaken by political authorities to disempower African Americans over the last three centuries. The academic and civil-rights advocate Michelle Alexander unpacks how the rhetorical war started by Richard Nixon and continued by Ronald Reagan escalated into a literal war, a 'nearly genocidal' one. The Southern Strategy is unmasked as a political calculation that decimated black neighborhoods but won the southern white vote."

Read more from an interview of the film's director Ava DuVernay by Juleyka Lantigua-Williams:

Along with the film, 13th, Michelle Alexander's book delves into the origins of the current situation of mass incarceration in the US.

According to an article from The Brennan Center for Justice, a nonpartisan law and policy institute, "The prison population began to grow in the 1970s, when politicians from both parties used fear and thinly veiled racial rhetoric to push increasingly punitive policies. Nixon started this trend, declaring a “war on drugs” and justifying it with speeches about being “tough on crime.” But the prison population truly exploded during President Ronald Reagan’s administration. When Reagan took office in 1980, the total prison population was 329,000, and when he left office eight years later, the prison population had essentially doubled, to 627,000. This staggering rise in incarceration hit communities of color hardest: They were disproportionately incarcerated then and remain so today"

"Incarceration grew both at the federal and state level, but most of the growth was in the states, which house the vast majority of the nation’s prisoners.[ ...] These changes were spurred in part by laws like the 1994 Crime Bill, which gave states money to perpetuate policies that bred bloated prisons." (emphasis added)

According to the Justice Policy Institute, many schools have adopted zero-tolerance policies and outsource discipline to juvenile courts and officers. Unfortunately, "Black students are three times more likely to be suspended or expelled than white students" (Source: "The school to prison pipeline, explained").

This graphic below is from the Advancement Project from 2013.

Effects of Criminal Records on Employment and the Family

In a Washington Post article, Carl Lindskoog (Assistant Professor of History at Raritan Valley Community College) raises an important question about due process: "So how did the United States transform from a country that rejected immigrant detention on the grounds that it was unnecessary and inhumane into one that imprisons more than 400,000 people every year for immigration-related violations and can legally detain individuals indefinitely?" (emphasis added)

Acoording to it's website, the Advancement Project is a "multi-racial civil rights organization [r]ooted in the great human rights struggles for equality and justice." At this link you'll find resources like webinars, essays, and letters about immigrant justice. 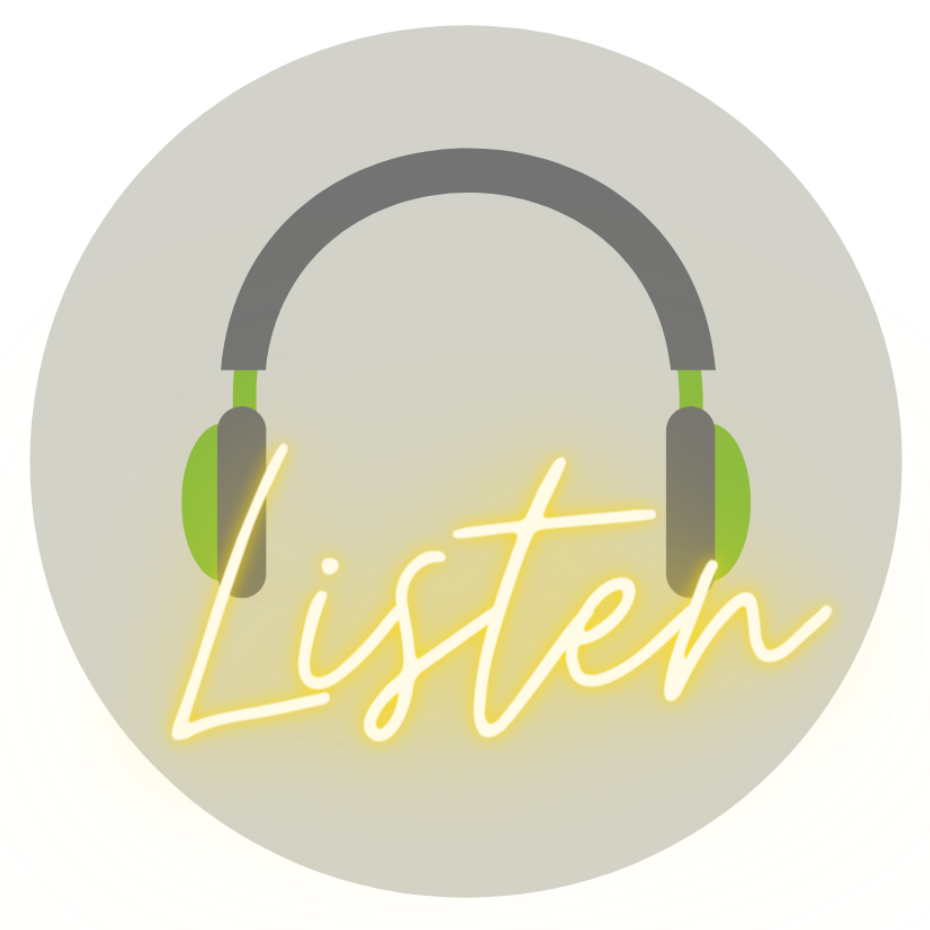 One of the major reforms to the US Criminal Justice system revolves around reducing the prison population or "decarceration." Listen to these podcasts episodes to learn more. 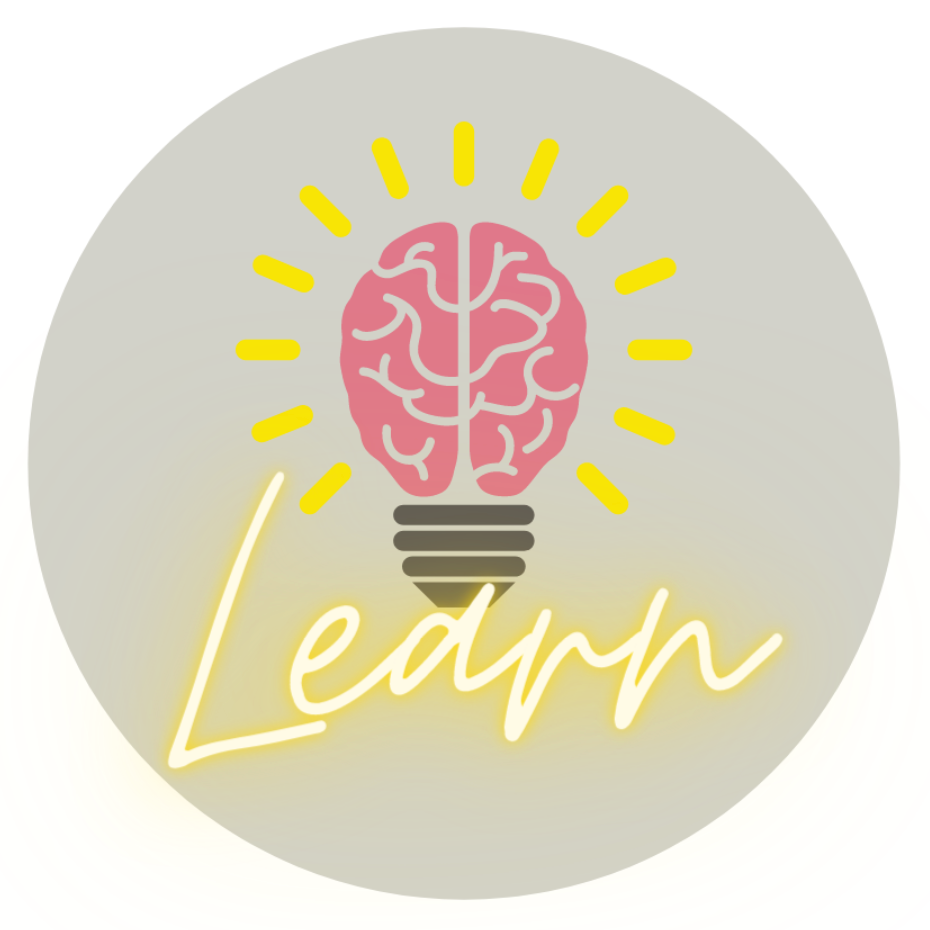 The links below provide overviews and expert perspectives on a number of issues related to Justice System reform in the US. For articles from CQ Researcher, Gale In Context: Opposing Viewpoints, and Sage Reference, use your UO Duck ID to access the information through UO Libraries.

In The Dark Podcast, Season 2

Listen to In the Dark

Season 2 of In the Dark from American Public Media (APM) explores the story of "Curtis Flowers, a Black man from Winona, Mississippi, who was tried six times for the same crime. Flowers spent more than 20 years fighting for his life while a white prosecutor spent that same time trying just as hard to execute him."

Resources on the Justice System & Crime

According to this article from The Brennan Center for Justice, a nonpartisan law and policy institute, "Along with meatpacking plants and long-term care facilities, prisons have emerged as some of the biggest Covid-19 clusters." (emphasis added)

Click this infographic from The Lancet to view the original source and to download a text-accessible pdf version. Note the sections on Structural Racism and Incarceration and their effects on the health of Black people in particular.