A guide for patrons researching the history of the peoples, places, and cultures of South Asia at the UO Libraries

These books, databases, and websites provide access to a wide range of primary sources for the study of South Asian history.

These are historic general interest news and literary periodicals from India and Pakistan held in the UO Libraries collections. 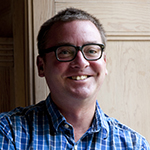