This guide identifies key sources for researching William Shakespeare and his works.

How to use this guide

Use the menu options to find resources to facilitate your research.  Most of these sources are online.  As the subject librarian for theater, I'm glad to assist you further. Email me at ehteague@uoregon.edu. 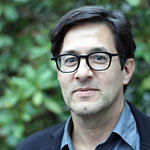