The Nobel Prize in Literature 2015 was awarded to Svetlana Alexievich "for her polyphonic writings, a monument to suffering and courage in our time."

The Nobel Prize in Literature 1987 was awarded to Joseph Brodsky "for an all-embracing authorship, imbued with clarity of thought and poetic intensity."

The Nobel Prize in Literature 1970 was awarded to Aleksandr Isayevich Solzhenitsyn "for the ethical force with which he has pursued the indispensable traditions of Russian literature."

The Nobel Prize in Literature 1965 was awarded to Mikhail Aleksandrovich Sholokhov "for the artistic power and integrity with which, in his epic of the Don, he has given expression to a historic phase in the life of the Russian people."

The Nobel Prize in Literature 1958 was awarded to Boris Leonidovich Pasternak "for his important achievement both in contemporary lyrical poetry and in the field of the great Russian epic tradition." Boris Pasternak first accepted the award, but was later caused by the authorities of his country to decline the prize.

The Nobel Prize in Literature 1933 was awarded to Ivan Alekseyevich Bunin "for the strict artistry with which he has carried on the classical Russian traditions in prose writing."

The history of Russian literature is divided into several periods which can be lengthy or quite short. Before the adoption of Christianity – first by Princess Olga in 957 and then by the Great Prince Vladimir in 988 – there was no written language in Russia. If necessary, Greek, Latin, or Jewish languages were used for written communication. Literary works like fairy tales, songs, and epics were preserved and passed from generation to generation as monuments of oral history.

Old Russian literature covers the period from the eleventh century through the seventeenth century. The Russian literature of this period is represented by religious and secular historical texts created in Kievan Rus and then Muscovite Rus. Vivid examples of literary masterpieces include the Lives of Boris and Gleb, The Tale of Bygone Years, the Tale of Igor’s Campaign, the Zadonshchina, and many others.

Russian literature of the eighteenth century is known as the Russian Enlightenment. Among the founders of Classicism in Russian poetry and prose are Lomonosov, Fonvizin, and Derzhavin, as well as other authors and enlighteners. Their works are multifaceted and dedicated to literature, science and other forms of art. For example, Lomonosov constantly sought to reform the language of literature, to make it the language of philosophy and science, and advocated for the convergence of literary and popular language forms. His odes were also among the first works to be written in accordance with the natural rhythmic structures of the Russian language. Toward the end of this period, Nikolai Karamzin also established Sentimentalism in poetry and prose. His stories, such as “Poor Liza,” also represent Enlightenment values in so far as they represent all people, including serfs and peasants, as human beings.

Russian literature of the nineteenth century is considered to be the “golden age” of Russian literature. This is the period when masterpieces of Russian literature, history, and art entered onto the world stage. For Russians, the genius of Pushkin exemplifies this golden age. Having written in all literary genres—narrative poem, lyric, tragedy, the short story, novel, travelogue and history—it was Pushkin who brought everyday Russian language into literary use, and it was Pushkin who first explored many of Russian literature’s major themes. Other writers of the period, such as Griboedov, Lermontov, and Gogol, as well as their heirs, Turgenev, Dostoevsky, Tolstoy and Chekhov, form the links of this golden literary chain. Their works have forever entered the classics of the world literature, and rightly so.

The “silver age” of Russian literature represents a rather short period from 1890 to 1921, a time of tremendous turmoil, war, and revolution. In this turbulent time, however, Russian poetry flourished, and bold experiments in all forms of art took place. Blok and Briusov, Gumilev and Akhmatova, Tsvetaeva and Mayakovsky, Esenin and Gorky, Bunin and Kuprin are the most prominent representatives of silver age literature.

Soviet literature refers to the literature of all the Soviet peoples from the fifteen republics of the USSR, written in more than 88 languages, with Russian as the predominant language. One characteristic feature of literature during the Soviet period was the development of “socialist realism” as the official literary style, according to which Soviet writers depicted Soviet reality in positive terms, focusing on its revolutionary, educational, and humanistic achievements, and propagating the ideas of the communist party. As IUrii Olesha once said, Soviet writers were the “engineers of human souls.” Among the most notable Soviet realist writers were: Maxim Gorky, Nikolai Ostrovskii, Mikhail Sholokhov, Fedor Gladkov, Aleksandr Fadeev, and others. Behind the curtain of socialist realism, however, were many authors who refused to conform to Soviet realism. Numbered among these anti-Soviet writers are: Mikhail Bulgakov, Boris Pasternak, Aleksandr Solzhenitsyn, Varlam Shalamov, Andrei Siniavskii, Iosif Brodskii, and many others.

The collapse of the Soviet Union marked the beginning of a new era in Russian literature. This era, extending from 1991 to the present, has already been crowned with such outstanding names as Tatiana Tolstaia, Liudmila Ulitskaia, Zakhar Prilepin, Dina Rubina, Boris Akunin, Viktor Pelevin, Ludmila Petrushevskaia, and many more. Natasha Perova has published these new “voices” of Russian literature in English translation from 1991 through 2014 under the series “Glas: New Russian Writing.”

The history of Russian literature, its stages, tendencies, genres, and writers in an interactive timeline. The dates written are not the dates of birth, but the dates pointing the time framework within which a certain writer was or is woriking. This timeline was made as a project for Multimedia Journalism class at the American University in Bulgaria by Diana Elagina. 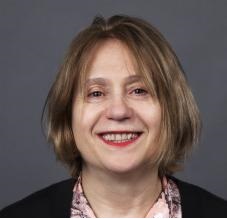